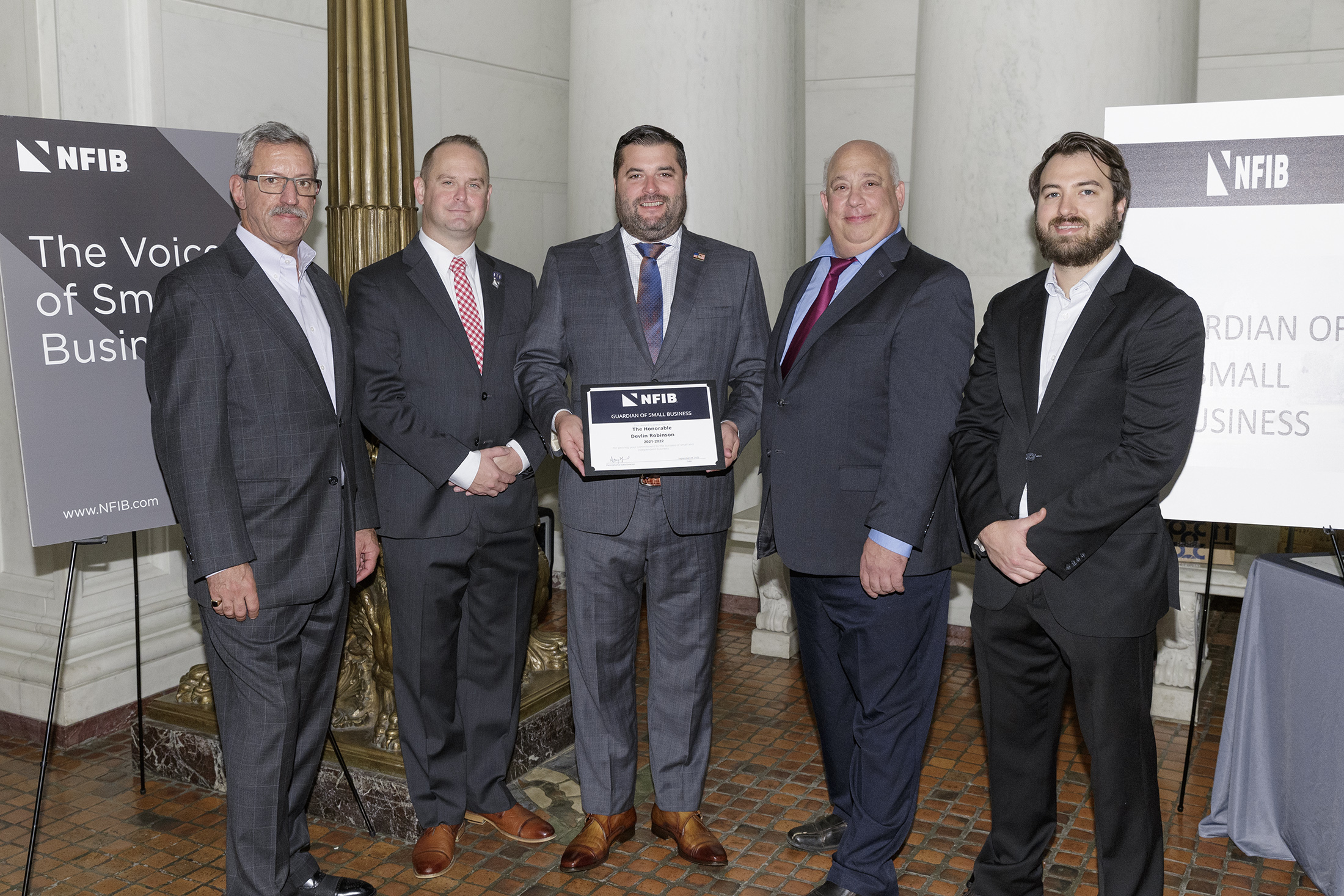 HARRISBURG – This week, Sen. Devlin Robinson (R-37) was named a Guardian of Small Business by the National Federation of Independent Businesses (NFIB). The award is presented to legislators who consistently support pro-small business policies and initiatives.

“Small businesses are the backbone of Pennsylvania’s economy. As a business owner myself, I understand the challenges they face,” Robinson said. “I am proud of the work done this legislative session and I remain committed to being a voice for small businesses in the legislature.”

Robinson pointed to recent reforms to Pennsylvania’s Tax Code that include a long overdue reduction to the state’s Corporate Net Income Tax (CNIT). Enacted as part of the 2022-23 budget agreement, these reforms will lower the state’s CNIT rate from 9.99% to 4.99%, cutting it in half over the course of nine years. Once fully implemented, Pennsylvania will go from imposing one of the nation’s highest CNIT tax rates to the eighth lowest in the country.

Additionally, Robinson played a vital role in halting Gov. Tom Wolf’s plan to toll several bridges across the Commonwealth that would have had catastrophic effects on local businesses.

An NFIB identified key issue, Robinson was also a vocal opponent of Pennsylvania’s entrance into the Regional Greenhouse Gas Initiative, a carbon tax proposal that will raise rates to the tune of $2 billion over the next five years to be passed down to small business owners and consumers.

Robinson voted in favor of many pro-small business initiatives to cut government red tape, improve transparency and accessibility, offer financial relief to business struggling after being targeted by the governor’s COVID-19 mitigation closures and reducing taxes on employers in Pennsylvania.

“I am honored to receive this award from NFIB, and I will continue the fight to keep Pennsylvania open for business,” Robinson said.